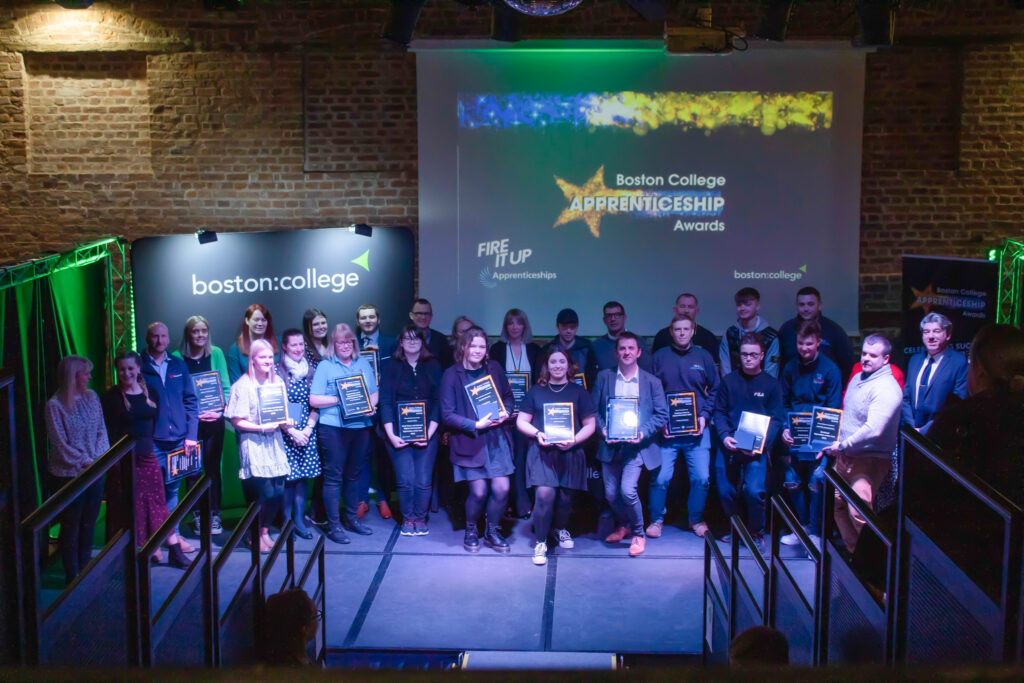 Apprentices and their employers descended on to Boston College’s Sam Newsom Centre this week to celebrate the success, hard work, commitment, and achievement at the Boston College Apprenticeship Awards 2022.

Following the theme of this year’s National Apprenticeship Week, ‘Building the Future’, being very appropriate after nearly two years living with the COVID-19 pandemic, the event celebrated how Boston College, apprentices and employers work together to ‘build the future’ of both individuals and organisations. Highlighting how they continue to work together to celebrate the diversity of opportunity and value that apprenticeships bring to the country today.

The event was proudly hosted by Boston college’s Adrian Humphreys, Executive Director of Business Innovation and Partnerships and Wendy Poole, Head of Apprenticeships. The awards saw 15 deserving apprentices recognised and nominated for an Apprentice of the Year award for exceptional achievement and progress during their apprenticeship. Boston College currently trains over 400 apprentices, making the achievements of these 15 nominees even more special.

The event also recognised the employers who work closely with the College through the Employer Special Recognition Awards, sponsored by Lincolnshire Co-operative. These employers provide valuable apprenticeship opportunities in Boston, Spalding, and throughout the surrounding areas. Of the many employers the College works with, 12 were selected to receive special recognition awards celebrating their dedication to apprenticeships, with their awards being presented by Sara Barrett, Lincolnshire Co-operative Learning and Development Manager.

This year’s Boston College Apprentice’s of the Year are: