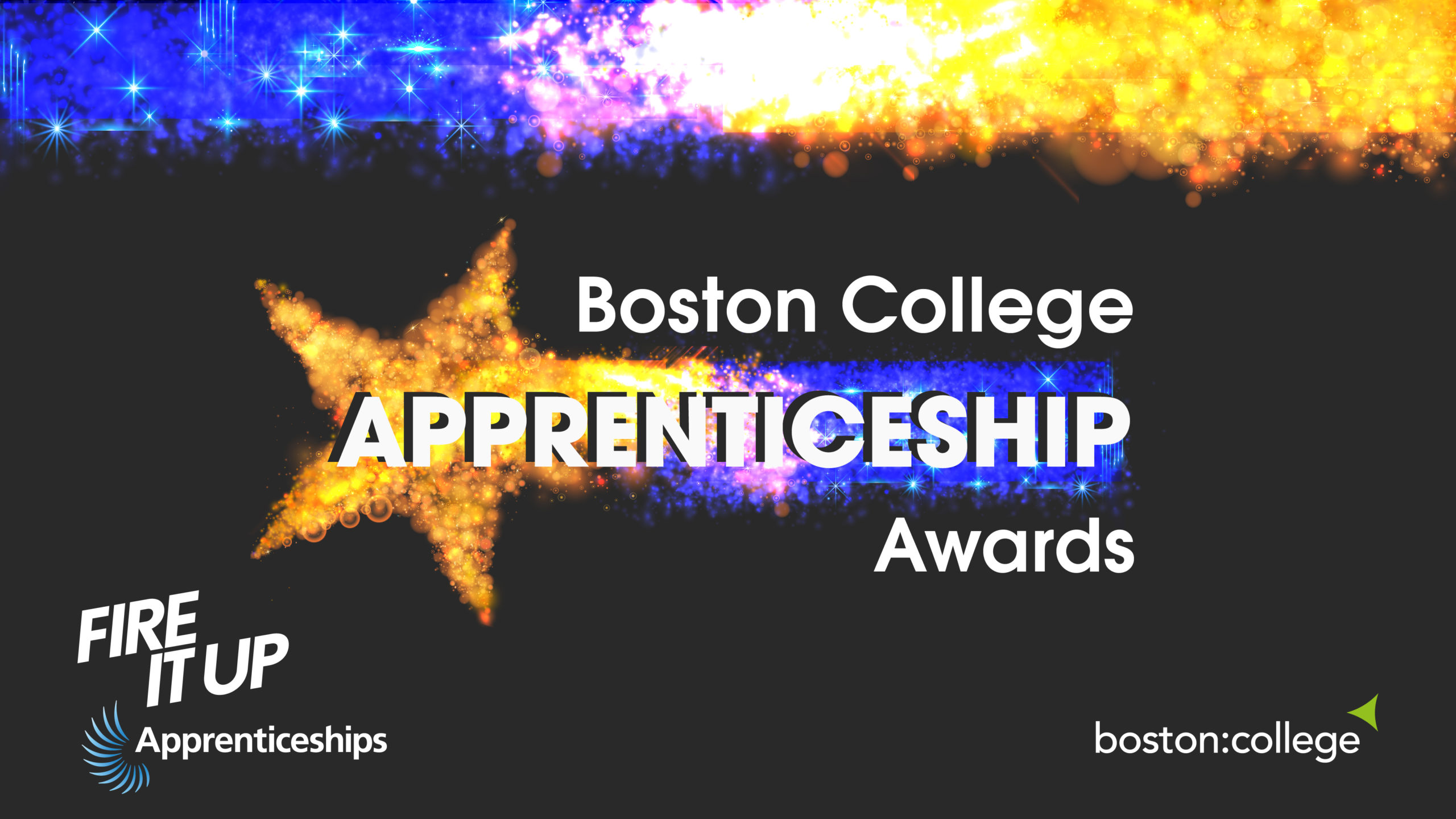 Employers and Apprentices alike celebrated last week after being recognised for their determination, dedication and motivation at Boston College’s annual Apprenticeship Awards.

Something that not even a global pandemic could stop as the event moved virtually highlighting individuals and employers who continued to work throughout the past year as well as those who faced adversity but continued to shine.

Following the theme of National Apprenticeship Week, ‘Build the Future’, which is very appropriate in today’s every changing employment landscape. The event celebrated how Boston College and employers work together to ‘build the future’ of both individuals and organisations.

With over 400 Apprentices currently studying at Boston College, covering a range of industry sectors, the event really was about celebrating the diversity of opportunity and value that apprenticeships bring to the country today.

Among the 12 individual Apprentice of the Year awards and 13 Employer Special Recognition awards, the event concluded with the award for the Outstanding Apprentice of the Year, awarded this year to Charlotte Key for her overall quality of work, exam success, practical skills and efficiency shown in the workplace.

Charlotte’s employer stated within their nomination “I can’t speak highly enough of Charlotte, for someone so young they demonstrate excellent ability on everything they do. Providing excellent chairside nursing which is admirable considering the additional PPE that has to be worn in the surgery. Their digital media skills are put to use running our Instagram and Facebook pages and they are so helpful for us all with their technical skills. I am in awe of their abilities, attitude and capabilities we are so lucky to have them in our surgery.”